Hey everyone! So a couple of weeks ago my school ran work experience (i.e. no school classes for the whole week – winning!) so I decided to do my work experience at Kerrie Fitness with my mum (you know, Kerrie, the one with abs 😂).
The first thing I did was wake up Monday morning, casually choosing out an outfit to wear to my first ever Monday-morning KHIIT, only to have mum pop in to inform me we were leaving – as in, leaving right then, as I’m putting my shoes on, before I’ve had a chance to even think about breakfast. Yeah, to be honest, I never actually knew what time mum left in the morning for classes because I was already gone long before that to catch my bus to school. 😂 Great way to start off work experience – running late! Though we did manage to get there perfectly on time in the end 😋
KHIIT was super fun – so fun that I started seeing stars in the second set of burpees. Yeah I had to cut back on the level-of-fun after that…
I arrived home after KHIIT, prepared some food to eat, then sat down to put on a blog post about how to make San Choy Bow as part of my work experience. But, for some reason, the internet wasn’t working. At all. I couldn’t even load the webpage or text my friends to tell them about how I couldn’t even text my friends 😂
Eventually we realised the internet had crashed and burned (not literally – felt like that needed to be mentioned). And it stayed that way for thirteen days. Thirteen. Days. Which is why I’m posting this now, two weeks after I was supposed to!
That night I did Kerrie Core, in which we did this move where you lie flat on your stomach, hold light weights in your hands, then attempt to lift your chest and rotate your arms from in front of you to beside you – kind of like breaststroke with weights. It’s a torturous move I like to call “advanced swimming (on land)”, which is also known as “Kerrie-how-on-earth-did-you-come-up-with-this?!”
Oh, did I mention that mum picked out a mic belt that matched my outfit? Meaning I got mic-ed up? I may or may not have left the mic off during Kerrie Core so people didn’t have to hear my land-swimming-struggle… but I turned it on for BodyAttack!
BodyAttack… to be honest, I don’t remember what happened during Attack, mainly because I was having so much fun I forgot afterwards that I’d exercised, and because I was so tired afterwards I probably fell into a deep sleep where my mind erased all memories of BodyAttack fun.
​​
[wpvideo 3LrlSgqh]
​​
​​​​

​
​
[wpvideo 0e97b913]
​
Unfortunately on Tuesday I had to go to my work, which was on at the same time as the classes for that day – half-hour BodyPump and full-hour BodyStep – which I was really sad about because I love partying in BodyStep!
Wednesday was awesome – I actually set my alarm, woke up with plenty of time, thought long and hard about breakfast, and drove to Kerrie Fitness for KHIIT part 2! KHIIT was fun again, and afterwards I was equally smashed and ready to do it all again. Oh, and I got to cuddle an adorable baby after class, no big deal, haha.
After KHIIT was a business lunch (ooh, so fancy), followed by arriving home to be frustrated by the wifi yet again. So, instead I filmed and edited together the video for Sweet Spring Smoothie.
That night was getting sexy abs and obliques (definitely didn’t just scratch my obliques to remember what they were called, nope, didn’t do that… but if I did, hey, it actually made me remember!) in Kerrie Core part 2. This was followed by getting sexy… shoulders? in BodyCombat. Yeah, I’m not sure if it’s in this video or not, but I was concentrating so hard on the whole “remember the combinations so you don’t look like a fish flopping around on stage” thing that I drew a blank on the whole “mum just asked you a question for class-interaction and it’s probably a good idea to answer it” thing… yeah that was awkward.
​
[wpvideo YaVDiyrT]
​ 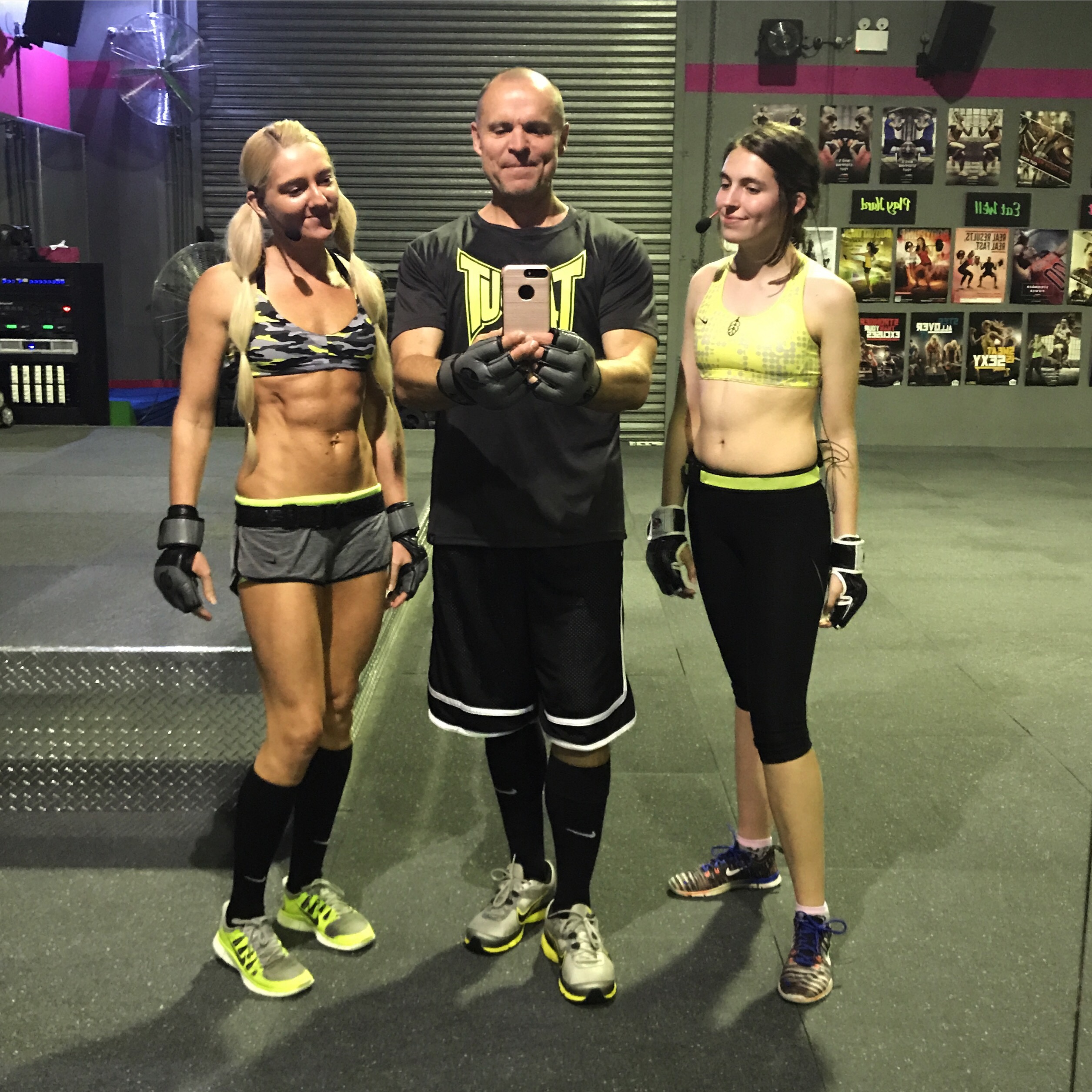 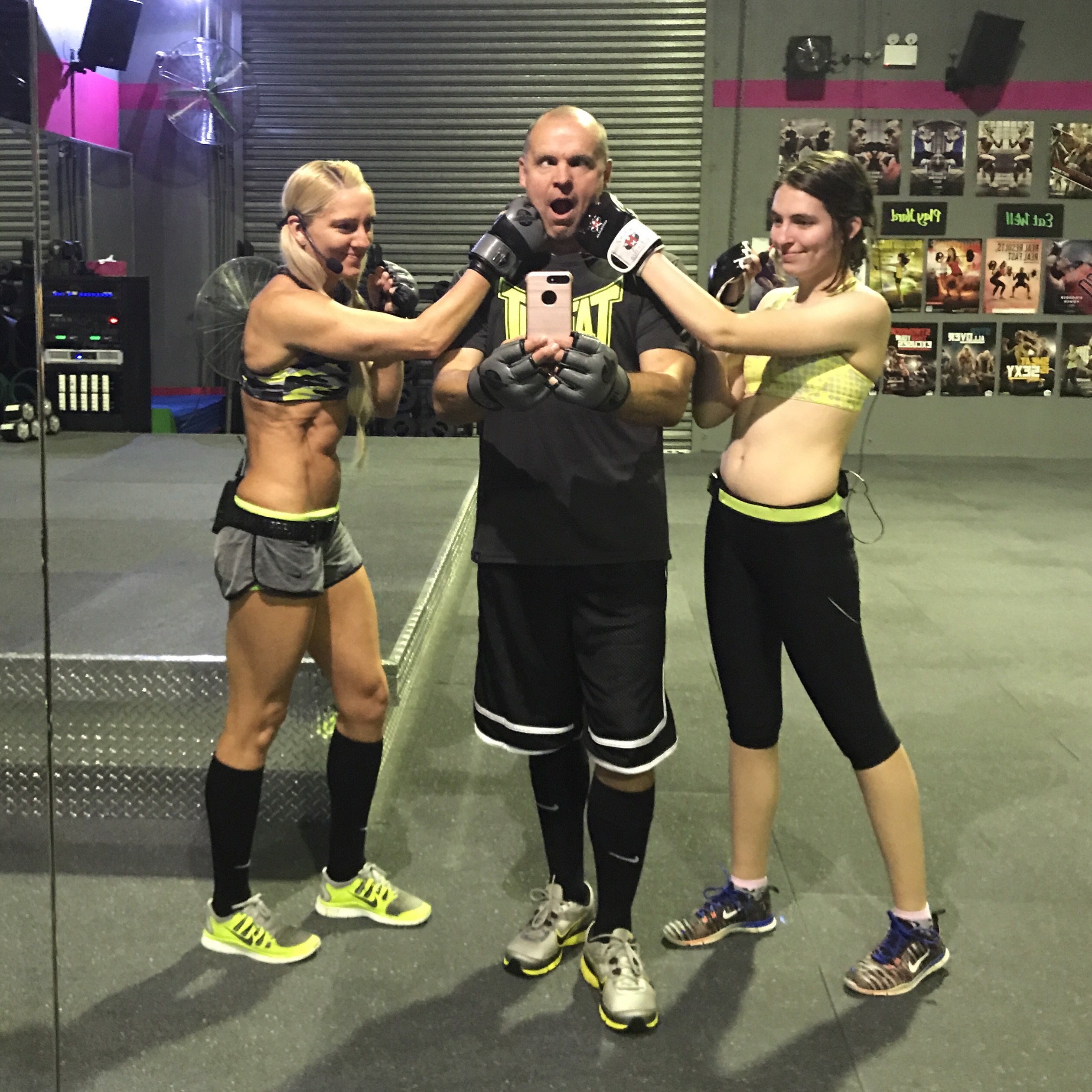 That night I went to bed then woke up for KHIIT part 3! Good thing no one was filming me exercising in KHIIT, because from what I can remember it wasn’t pretty 😂 Though it was fun because I began to reconsider waking up early to go to school since sleeping in a little longer and exercising was wayyyy more fun (I mean stay in school, kids).
Thursday night was my regular routine – BodyPump and Zumba – except on stage and in reverse!
​
[wpvideo BYdlNDo9]
​
​
[wpvideo Ysevqnt0]
​
​
[wpvideo EHyPng7d]
​ 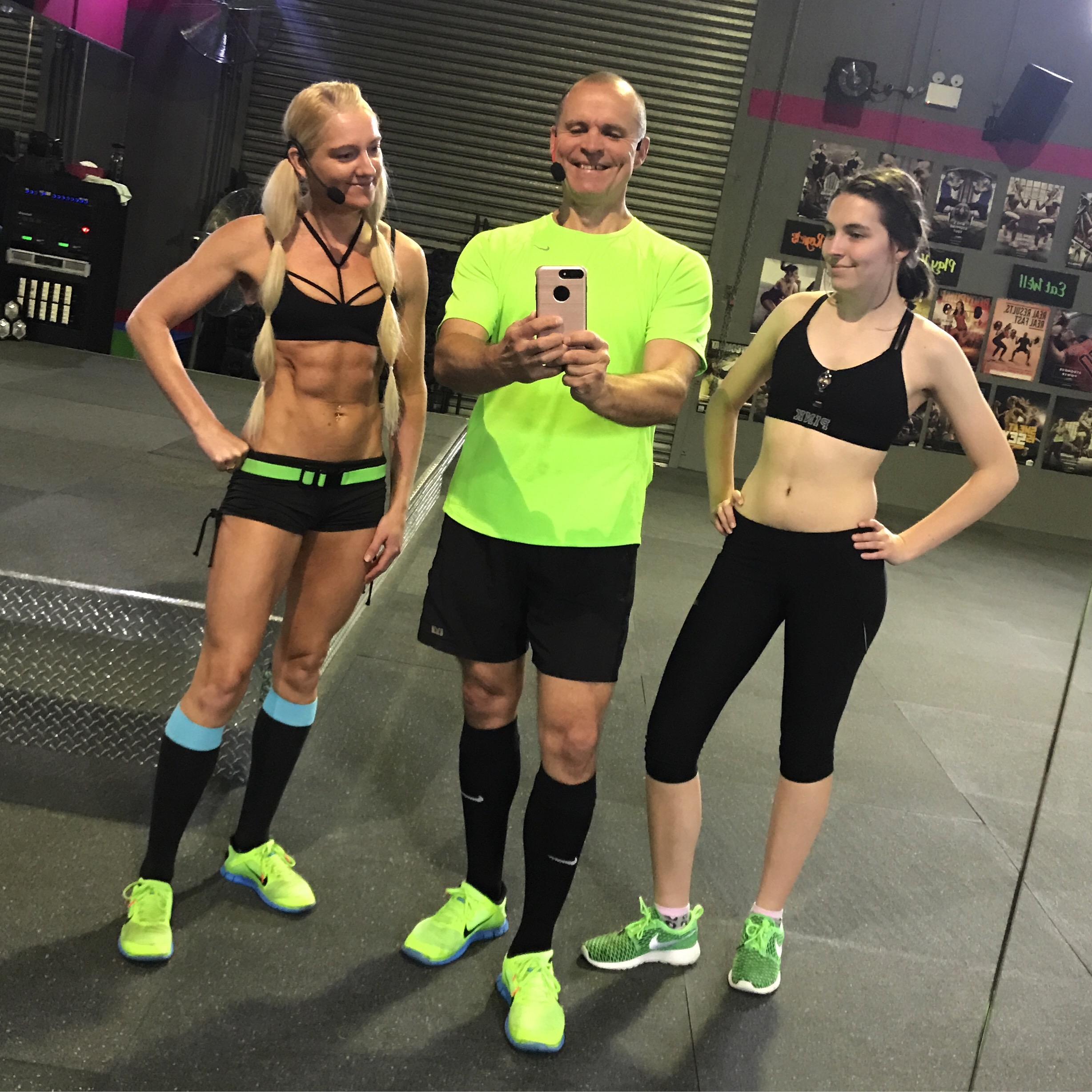 So there was something I did on Wednesday that I haven’t mentioned yet – I learnt and memorised the lunge track of BodyPump! In BodyPump, I cruised through, excited to call out the moves for the last half of the lunge track – then something just great happened. See, I wasn’t nervous at all since I’m used to Pump, but my voice, well, she 100% betrayed me. She sounded like she was nervous as hell. I started speaking and was just thinking Oh, gee, great, thanks voice. But hey, I kept going, much to the likely cringing of everyone in the room 😂
Then came trying to do Zumba in reverse – something which is very confusing for a regular Zumba-er, haha. Sometimes I went in the right direction by thinking “Go towards the mirrors! Go towards the car park!” Other times the class got to watch me spin in confused circles on the stage.
Friday was rest day – “rest” as in “find-the-rest-of-my-energy” for 7in70 on Saturday.
7in70 was awesome (it was also my first time doing it!). Since there were only two tracks of each program, you could enjoy every program and get a taste for it. Surprisingly, at the end of a week of exercising, I wasn’t that sore anymore (or maybe I was just numb to the pain…)
At the end, like many of my friends, I was thinking how fun work experience was (and how sad I was to have finished – time flies when you’re having fun) and felt sorry for the school because now everyone wants to quit and keep working! 😂😂 (But no seriously, stay in school kids).
‘Till next time, Keely <3
​​​
​​​

Les Mills quarter 3 launches at KERRIE FITNESS – who should come? BodyAttack™ launch 98 at Kerrie Fitness – the fun, the laughs, the sweat, the whoop whoops!